The Analysis workflow helps the IR investigate the suspicious event(s) that generated the alerts. The Analysis workflow displays the processes that triggered the alert based on the corresponding rule. The first file that started the sequence of security events and the following processes are displayed in a collapsible tree like flow. Starting from the first process/file, clicking on an event displays the further events that occurred and the corresponding details. You can explore the process flow up to the last occurred event.

The following screenshots show, step by step, how an IR starts the analysis for an alert.

— The filename and time stamp details for the 38 modules that were loaded are displayed in the right pane.

— The screen also shows that the file rundl32.exe loaded on exploitable host program in memory. 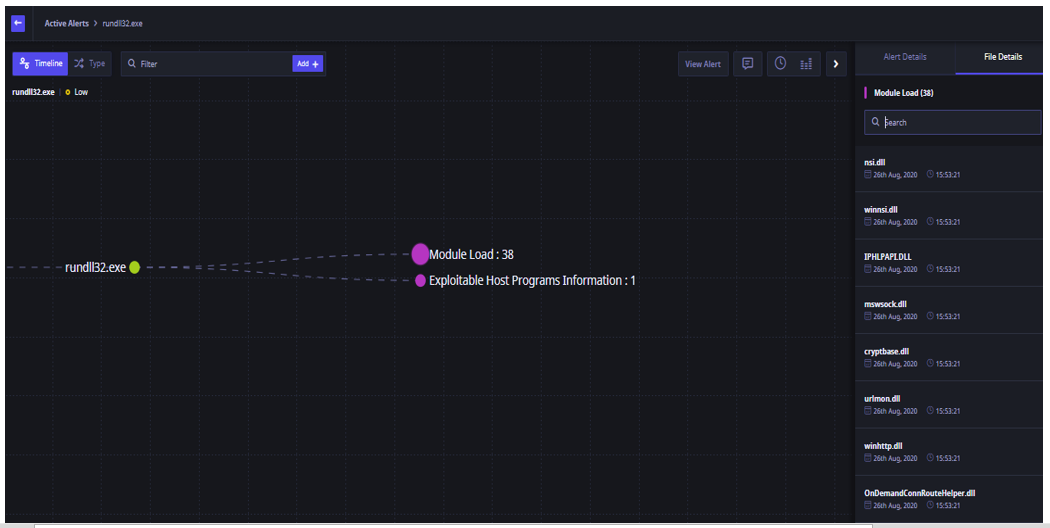 This analysis can be followed further, right up to the last action that was initiated by the alerted process.

Was this page helpful?
Yes No
Scroll back to top